Oppi Koppi Bewilderbeast 2013: As seen through the eyes of a virgin Prawn.


So it took me almost twenty years to get my ass to South Africa’s biggest music festival, which has not only become a South African tradition, but as much a part of South African heritage as Koeksisters and Friday night Noot vir Noot on SABC 2! For most who know me this would seem strange, being a lover of music, the outdoors and a bit of debaucherous behavior J.  But somehow, every year for the last 19 “something came up” and I never made it to Oppi Koppi. Shameful to say the least.


So this year I decided to step out of my comfort zone (not easy at my age) and to make the trip to Northam Rock City with some friends of mine who collectively have been to about 15 OppiKoppi’s. The perfect friends to guide me through the dusty, labyrinth like streets of Mordor (what the camp area is affectionately known as), to educate me in the ethos of OppiKoppi and to help me pack my tent on Sunday morning when I had the brain capacity of an amoeba!!

Let me tell you that OppiKoppi is everything and MORE of what you've heard or read about it. In short it is a melting pot of normal folk (like me), hippies, weirdos, musos, muso wannabe’s, music lovers and downright awesome party people. I was amazed at how many people never even seemed to leave the campsite. They just stayed at their camps and did whatever they came there to do...the options are endless. All in all everyone just has a fucking good time and its awesome to see twenty thousand people put their cultural differences aside and just have a decent jol with no fighting and shit stirring! I love it!!

Some of my highlights of the festival besides the cool vibe of the place was getting to watch some spectacular shows and I’m not including the naked race down Boom Street here!!  Obviously the highlight for me was seeing The Deftones. A band I’ve followed since the early 2000’s. Yes there were a few glitches during the set but this made the performance seem more real and not overly produced. Guitar problems early in the set, Chino Moreno destroying about four mic’s and Abe Cunningham the drummer completely butchering one of their songs!! Bar all this, it was a powerful and energetic show I will never forget!  Another massive highlight was watching that old dude Koos Kombuis play the massive dome stage at sunset with easily 15 000 people singing along to every song. Very moving indeed. Mango Groove on Saturday night was also amazing. I would never have guessed and judging by their reaction neither would they, that they would ever of had such a massive reaction from a show at OppiKoppi! Again thousands of people singing along to "Special Star" and "Home Talk" was a very cool thing to experience. Huge respect for this band as they are all in their fifties now but still have the energy on stage of a band in their twenties! Fuzigish skanked the shit out of the main stage area as was to be expected and Tumi and the Volume delivered a very cool hip hop show on the Skellum Stage, which included a full band instead of backing tracks (sis on you Mr Albert Frost!!)

The problem with having so many bands and so many stages is getting to everything, so you have to plan your band viewing carefully before the weekend or you might miss out on something awesome. I recommend that in between watching the bands you want to see, take a walk around to the other stages because you never know what you may find. We ended up watching a very interesting show by a band called Volkspeler on the Bruilhof stage that included a Voortrekker lady that stripped and crawled around on her hand and knees, while being pulled along on a leash by the lead singer, during a song called "Breek Soos ‘n Bitch!!" All this on Women’s day nogal!! There is also the Red Bull stage for the lovers of doef-doef music but that isn’t real music so that stage doesn’t count. I don’t even know why they have it at OppiKoppi. Dance is dead fuckers!! Hahaha!!!

The food at OppiKoppi is fantastic as well! Not what you’d expect from a music festival. There were about 20 food stalls to choose from that catered for everyone...Vegetarians included! All the food is clean, wholesome, delicious and most importantly very affordable so you don’t have to worry about taking all your meals along with you. Besides eating is cheating and there’s no time for pissing around making food in the campsite when there is ice cold beer to be drunk in one of the many bars around the entertainment area. The bars were fast, the beer was cold and again very reasonably priced. I supported them...well!!!

The toilettes aren't that bad all things considered. There are plenty of them and they are cleaned regularly so chances are you will find a clean toilet to use when nature calls. I’m a guy so the toilettes were a non issue for me anyways J. The showers are not too bad, I didn’t use them myself because I prefer a hot shower that is athlete’s foot free but they’re there if you HAVE to wash your dirty dusty babalas ass!

DUST DUST DUST. Have I mentioned the DUST yet? This is what OppiKoppi is all about man! If you don’t like dust, don’t go...really... it is that bad!  I highly recommend you take along a dust mask or a bandanna to tie around your face because you are going to breathe in tons of dust and your nose will clog up and your eyes and throat will dry up. Its 3 days post festival now and I’m still blowing dust out of my nose and cleaning it out of my ears. Drink lots of water! There are hydration stations at the festival where you pay R45 for a squeezy bottle with unlimited water re-fills!! Wet Wipes are like gold at OppiKoppi!! You probably won’t shower so a good wipe down with one of those bad boys goes a long way to prevent you from repelling those around you. And you can wipe the dust off your face regularly and keep your hands clean (I’m a bit OCD when it comes to clean hands).

Take enough warm bedding!!! No matter how much you drink or how tough you think you are, it gets fucking freezing in the wee hours. I had a little sleeping bag and a thin blanket and I froze my balls off!! Alternatively have a cuddle buddy with you in the tent! I went without my lovely and had a big cold tent all to myself. Also a decent blow up mattress helps because the ground in Northam is hard and covered with nasty ass thorns!! My thin yoga mat provided no comfort for me and being a heavy set guy I felt every bit of ground I slept on. Have I mentioned how DUSTY is at OppiKoppi?

All in all I am proud to be a part of this awesome festival now. I say every South African should go to at least one Koppi in their lives. If you are capable of leaving your airs and graces at home, have an open mind, don’t mind roughing it for a few days, enjoy diversity, and can tolerate the drunken dude that stumbles into your camp at 3am looking for a beer and a smoke then you can cut it at OppiKoppi!

Will I go again? Honestly...I can’t say. Oppi turn 20 next year so it will probably be massive. But I will also be a year older and a bit fuller of shit, so we’ll see what happens. This was the year of the Bewilderbeast and I was bewildered. Thank you OppifokkenKoppi!! 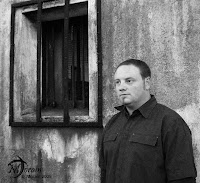 Mark Paxton is full grown teenager metal head. Originally from Nelspruit he is settled in Witbank with his gorgeous girls. Lead singer for local metal band …And Winter and he makes a fantastic MC as well. You can find him on Facebook  - thanks dude for sharing your experience with us! 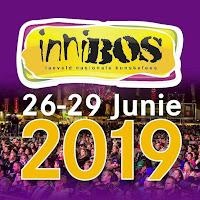 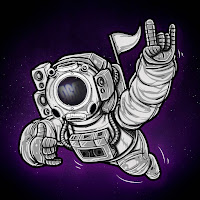